33
SHARES
445
VIEWS
Share on FacebookShare on TwitterShare on LinkedIn

February is Black History Month and the City of Hillsboro is honoring that fact.  In a release yesterday, Mayor Steve Callaway and Assistant City Manager Simone Brooks released statements via Video.  We will embed those statements below with the hopes you all listen to them.  They are thoughtful and powerful in nature and we were particularly impressed with the statement made by Ms. Brooks.  It was very well said and pointed out many aspects of Black History and how we can view and learn from it.

Click the link above to interact and learn this month to celebrate Black History.

Many of you are new to Oregon and as a State, we project an image of equity and fairness for all.  Diversity is celebrated around Oregon but these are more modern actions.  Our State has a sordid past as does our City. This month is very important and is a great time to learn more.  We were particularly interested in, and think you should all be, as to why Oregon has such a small Black population.  When compared to our neighboring states of California and Washington we have a much smaller population in percentages.  Oregon has just 2.9% of its population who identify as Black as of the last census.  Washington comes in at 4% and California at over 6%.  Only 5 US states have a lower Black population.

The reasons we have a very low percentage of Black citizens mostly spring from the roots of our State- Exclusionary laws and rules to prevent black people from living in Oregon or from owning land. Rules were put in place to contain and control the black population that was here in Oregon and those who wanted to come post Civil War.  Why Aren’s There More Black People In Oregon A Hidden History is an incredible review of our State’s horrible past and was filmed and created by Walidah Imarisha.  This important work educates the viewer as to all the racist and discriminatory laws and actions taken by our governments.  The work also tells the story of the vibrant Black culture and people who evolved in that environment who rose up to sustain and build so many communities in Oregon against incredible odds.

The City posted these locally owned businesses, and we are sure there are more, which are owned or founded by Black entrepreneurs.  Have a look and plugin and get to know these businesses. No doubt they can all use some new customers right now!

The City has put a lot of time into the Black History Page – there is a LOT to do and see from the comfort of your home.  Have a look at this one section and there are many more- so click the photo to visit the website and get involved!

As a local of 55 plus years, there is one thing I can attest to, and many of my fellow old-timers will concur.  We do not have a deep or rich black history in Hillsboro.  At least not beyond the last few decades.  It is not because there were not exceptional Black people because there were.  But their numbers were so few that times were that people from Hillsboro who did not travel, rarely met or interacted with a Black person.  Looking at our school yearbooks from the 1920s to the 1950s I am simply not able to locate or identify any Black students.  This was just the way Hillsboro was and no doubt it was an extension of the exclusionary laws mentioned above as well as a good deal of racism that existed here. And yes, while no one will openly speak of it there was a faction/chapter of the KKK here and that is something I have only been able to confirm recently by an artifact that was found by a local citizen who advised me of it.   But they were everywhere in Oregon and we must fight to make sure we extinguish such organizations from our societies.

Our world here has changed in so many ways for the better,  and it has much to do with the fact that our Black population has changed and our culture and lives have become enriched as a result.  The really good news is we are the most diverse city in Oregon and the population of Black citizens is gladly on the rise.  Here are some facts from the Cities page:

Our Local Black Community: Past and Present

There is a significant number of North African and Middle Eastern residents in Hillsboro, and although many do not identify as “white,” in the census and by other measures of demographics they are counted as such. Visit the National Public Radio website to learn more.

Read about the social disparities and needs of Black Washington County residents in the Coalition of Communities of Color report, “Leading With Race: Research Justice in Washington County.”

We believe Hillsboro is a place for everyone of all colors and creeds and nationalities.  We embrace our Black community and hope you all do too – not just this month – but every month.

Meet The Cash Family of Helvetia, Oregon – an Incredible Black Family From Our History

The Herald staff was so grateful to be contacted by Alex Richardson who is the Special Events Coordinator for the City.   She asked for help in identifying historical figures who stood out that we could all celebrate this month.  Lucky for her we know that our good friend and great historian Ginny Mapes is almost done with her book on the amazing Cash Family of Helvetia, Oregon.  This family lived an incredible life in the hills above Hillsboro and beyond at a time where doing the things they did received little support and society was unwelcoming to them.

Here are a few notes that Ginny supplied the City and the Herald.

Ginny Mapes’ book, Cash Family, will be published later this year. On the cover:

Two Black pioneer families from Tennessee settled and owned land in Helvetia at the turn of the century. In spite of Oregon’s harsh Black exclusion laws, the Cash family lived and thrived in Helvetia as land owners, workers, farmers, entrepreneurs, and community members.

March 4, 1878: At age 17, Annie Hackney married John Floyd Cash in Blount County, Tennessee. In the 1880 U.S. Federal Census, shows the Cash family living in Knoxville. Annie was keeping house expecting her first child and John was working as a carpenter. In 1880 their daughter, Luella was born. In 1882 a son was born and named Ira “Lafayette.” Another son, William Vassie, was born in 1882. 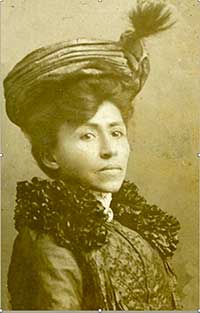 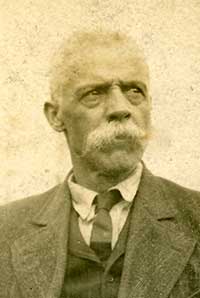 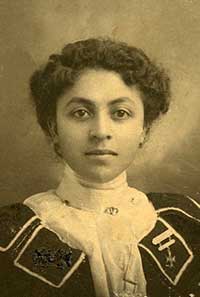 1890: The family read or heard about Oregon through books and newspapers. John and Annie Cash planned a move to Oregon with their three children.

1891: Willis H. Cash and his wife, Margareth, decided to join his older brother, John Floyd Cash, and their family on the journey west. Willis and Margareth had no children. Most likely, they all came by train. A sister, Mary Cash, remained in Knox, Tennessee and married shortly after her brothers left. The Cash families, brothers and sister-in-laws living and working together, settled in the hills of Helvetia, Washington County, Oregon. It was a rural Swiss farming community. 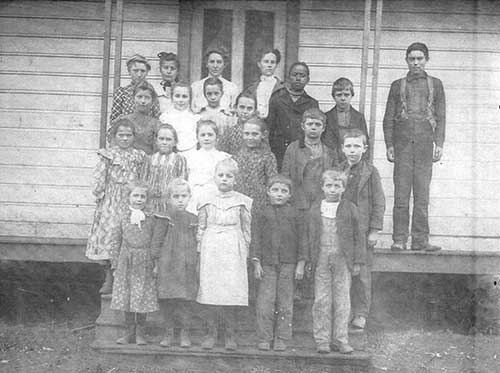 Students and teachers at the Helvetia School, including Ira Cash (back row, third from right), 1894

1909: Ira L. Cash, the oldest son, age 27, developed a patent for an incandescent lamp socket and switch. (Pictured below.) 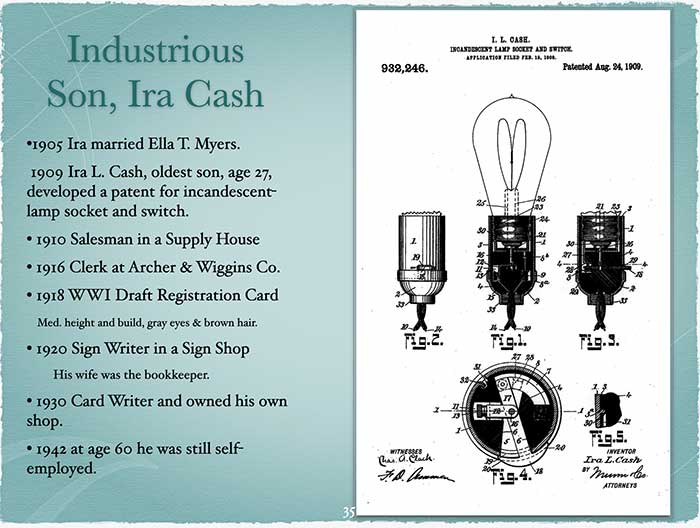 Page 35 of Mapes’ book Cash Family includes a timeline of the life of Ira Cash and a patent application for a design for an Incandescent Lamp Socket and Switch, patented August 24, 1909, 932,246.

GET GINNY MAPES BOOK ON THE CASH FAMILY RIGHT HERE

There is MUCH MORE on this story to follow and the Herald will host a book event when Ginny is ready!  Look for more content from us soon as we celebrate Black History all month here in Hillsboro!

Thanks to the City of Hillsboro for the terrific page and all the information they are bringing forward to share with all of us!

First Responders: A Peek At The Past Week

Cherish Each Day For The Present That It Truly Is

The Changing Face Of Downtown At 4th And Main