Anna Marsh Wells and Children In Oregon in the 1920s

34
SHARES
429
VIEWS
Share on FacebookShare on TwitterShare on LinkedIn

It is Women’s History Month in Hillsboro, Oregon, and the Herald is hard at work taking a look at some of the game-changing women who transformed our City and the region.  We will do our best to post some interesting and lesser-known women of great accomplishments who we feel should make the Hillsboro History Hall of Fame which we are assisting the Hillsboro Historical Society with. 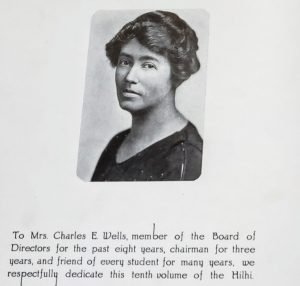 Today we are bringing to you the story of Anna Leota Marsh Wells.

Mrs. Wells was the wife of Charles E Wells who brought the Wells family (10 children) to Hillsboro, Oregon in 1914-1915 in order to put telephones in Hillsboro.  He owned Northwest Telephone Company and upon the family’s move from Texas to our fine city, he commissioned the construction of a home that was built at 725 SE 7tth Street.  That 3,000 SF home was build of stone and Klinker brick in the craftsmen style of the day.  With every possible upgrade imaginable, the Wells home became known as the Stone House!  It remains there today and is as spectacular as the day it was built. 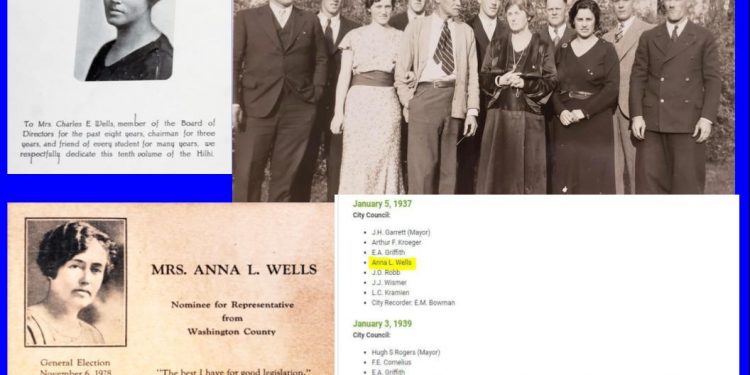 In that home, Anna who was originally from Iowa, raised 10 children and young adults.  The Wells kids were all academically and musically gifted.  All of the kids were expected to read The Harvard Classics (50 books of the world’s literary knowledge) which are considered to this day to be the standard for a uniquely intelligent person.  Four of the Wells children went on to be Doctors and almost all of them excelled in academics.

Mrs. Wells was the first woman to serve on the Hillsboro School Board where she chaired the board and committees and was a force.  The great Dr. Peter Boscoe and Superintendent B.W. Barnes issued her a special citation for outstanding service in 1923 after 8 years of her life had been spent serving.  No child, her own kids included, went without Anna’s watchful care.  Hillsboro’s educational excellence rose significantly during her time.  She was a 3.97 GPA graduate and a valedictorian during her youth.

All during that time she was working for women’s suffrage and was an early leader within the National American Woman Suffrage Association.  She also was involved with many social and fraternal organizations and chaired many of them.  How was she able to do this, be the wife and mother to so many, and manage a busy home like hers?  Superhuman skills and lack of sleep, no-doubt. 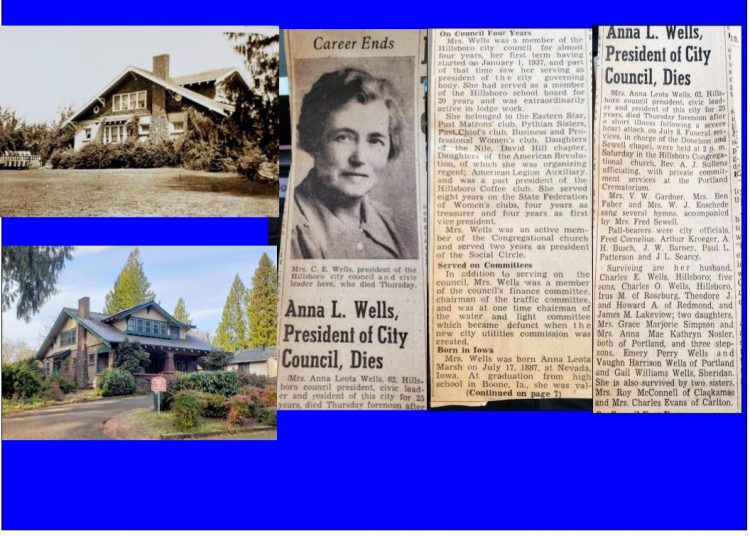 By 1928 she was running for the House of Representatives here in Oregon and involved in local county and city politics.  Very little missed her reach and she was always involved in her children’s lives.  Imagine how many weddings and birthdays and dinners she must have attended and hosted.  It boggles the mind.

Mrs. Marsh Wells ended her career and life as the first woman to serve on the Hillsboro City Council and as the first woman to hold the position of Council President.  On September 3rd, 1940, while in office,  this wonderful woman died of a heart attack after a short recovery period failed.

History has forgotten the Wells family.  Anna’s information only was uncovered after a box of letters and photographs I was given to preserve revealed her life to us.  Her children are gone and there is no race of any grandchildren or great-grandchildren in the area.  We are trying to locate them to hand off dozens of original photos and a very old bible and a Daughters of The American Revolution certificate.  Here ancestor was Captain Marsh who was a noted member of the revolutionary army.

Anna’s son Charles O. Wells went on to become a local Doctor and co-founder of the Tuality Hospital.  Dr. Wells died in the 1950s as Chief of Staff at the hospital and was living in the stone house at that time.

We remember Anna Leota Marsh Wells.  What a life she led and what a tremendous difference she made in the community, our city, and the world!

Know of a fantastic Hillsboro woman of historical excellence?  Send their info to our email and we will look at covering them.  They can be alive or in the past.  All nominations are welcome!  Email us at hillsboroherald@gmail.com.

Moore Family ADU Defines Why This Housing Option Is So Powerful