Important Families To Honor During May

14
SHARES
1k
VIEWS
Share on FacebookShare on TwitterShare on LinkedIn

In April I was contacted by the City of Hillsboro staff to contribute ideas and names for consideration for Asian & Pacific Islander Heritage Month.  As we all know, or should, Hillsboro and the surrounding valley were mostly a white community after the pioneers came and the Native people died or were horribly removed.  So anytime we try to look back and honor minorities it can be a challenge.  As we celebrate the people from Asia and the Pacific Islands who have made our community so wonderful we must realize how difficult it was for those who came early on.

We immediately turned to the valley’s premier Historian, retired school teacher, and lifetime Helvetia resident, Ginny Mapes.    Her teachings on Charles Jones Cowaniah have enthralled readers and are a must-read.  Her book on him will be out soon.  He is a man of Hawaiian and Chinook Indian descent who lived fruitfully and bravely with his family in the hills above Hillsboro in a time where his very existence here was not a welcome one.  His father was brought by John Jacob Astor to Oregon from Hawaii on a sailing vessel.  His Mother was a Chinook woman, so his heritage is one of two amazing cultures.  In his life, he would defend Washington County against an invasion and those of us in the know can visit “Cowiniah’s Battlefield” in Helvetia.  He founded one of the first schools in the Oregon country, spoke various languages, built homes and schools, and was a brilliant man by all accounts.  Here is a quick excerpt that Ginny provided to the City of Hillsboro.

Charles Jones Cowaniah, born in 1815, was one of the very early Sandwich Islanders to settle in what would become Helvetia. His father came to the Pacific Northwest from Hawaii with the Astor group to work as a sailor on the 1811 Tonquin ship. John Jacob Astor’s Fort Astoria became the first American Trading Post on the Columbia River. Cowaniah’s mother was Chinook Indian. 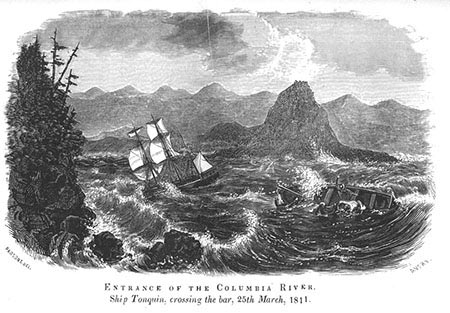 Cowaniah married Catharine Flett, of Métis descent, in 1946. The Cowaniah family lived on his land at the foot of Logie Trail (which is near Helvetia) where he was considered a leader.

He donated land and built the first school. The Cowaniah children went to school with the Swiss, German, and other settlers of Helvetia. In the later years, as more whites arrived and settled, the Cowaniah family had to fight for their rights in the courts of Oregon.

Charles left an incredible footprint and his family would prove that racial equity, even in a hostile place like Hillsboro of their day,  could be found.  People loved, respected, and admired them in many ways.  We should all learn more about him and his people and you can do so by following the posts Ginny is putting up at We Remember Hillsboro on Facebook.

Another landmark family in Washington County is the Iwasaki’s.  Many of us may know current family members or maybe you buy their amazing plants that are grown right here in Hillsboro.  But most will not know the struggle they endured just to exist here in Oregon.  George Iwasaki and his family moved to Hillsboro in 1914 and bought a family farm along Minter Bridge Road.  Their purchase happened before the US passed a law forbidding 1st generation Japanese immigrants from owning land.  They thrived and persisted on the farm for a few decades before being subjected to internment, ripped from Hillsboro and their farm in 1942 by the authority of Executive Order 9066. Just a few days after their wedding, George and his wife,  Tomiko Natsuhara, his parents, and his brothers and sisters, were removed from their farm and taken to a processing center in Portland.  Rather than face a prison camp, George guided his family to Nyssa, Oregon where they were required to work on a farm until the end of WW II.

Unlike many Japanese families who lost everything, the Iwasaki’s were able to come home to Hillsboro to their farm.  Why?  Well, what we know is that the Iwasaki’s neighbors the Freudenthal brothers ran and fiercely protected their farm.  It is said that the farm was running and in terrific shape when the family returned.  This act of kindness and love epitomizes what we hope all people can be like.

“the Iwasakis recovered their farm after the war. Herman and Edward Freudenthal, brothers who lived on either side, had maintained it for them. (The Iwasakis lost land in Helvetia). Later, George’s brothers drove the farm’s flatbed truck to Camas, Wash., to haul the red lava rock to build the first Trinity Lutheran Church on the Freudenthal land.”

Read more here about George and his family

The Iwasaki Brothers nursery and farm run proudly today and employs hundreds of people.  The legacy of this family and their extended family is as incredible and rich of a story as you will ever know.  We remember them, honor them, and appreciate them.

One of our readers, Don Krahmer, a longtime Hillsboro resident, sent in two additional names who rose to prominence and who also graduated from HilHi with his aunt Mildred Krahmer.  He sent along a history for us all to appreciate.

Thank you for the George Iwasaki obituary. I have posted the obituary for his brother Art Iwasaki who also had a distinguished life. There were three brothers- Art, George, Akira; and sisters, Kate Yoshihara, Taka Mizote, Aya Fujii, Dorothy Iwasaki and Rose Sorensen. Art was born in Hillsboro to Yasukichi “Billy” and Ito Iwasaki, where he resided most of his life on the family farm. He graduated from Hillsboro High School in 1938. Art was drafted into the Army in 1942 and sent overseas where he was assigned as a radioman to the 442nd Regimental Combat Team, I Company. He was awarded two purple hearts before being discharged on Thanksgiving Day, 1945. After the war, Art returned to the family farm and along with his older brothers, George and Akira, grew the bedding plant business known as Iwasaki Brothers. The Iwasaki’s were well known for their service to community and I came to know them when I went to Hillsboro Senior High.

Our view into the family expanded when Suzanne Krahmer and I purchased his retirement home in Cedar Mill in Bauer Oaks. One of the features that attracted us the most was a beautiful Japanese Garden that Art had designed by one of the former master gardeners from the Portland Japanese Garden including a beautiful stream and koi pond and some original Japanese maples from his home in Hillsboro. We also discovered that my Aunt Mildred Krahmer Sanders (eldest daughter of Albert and Helen Krahmer of Blooming) was a high school classmate and friends of Art at Hilhi in the 1930’s.

Finally, Christi Iwasaki (a great source of family history) and her sister Lesli introduced us to one of their dad’s best friends, Dr. Toshio Inahara, MD. Dr. Inahara was a very talented vascular surgeon at Providence St. Vincent’s. His family was punished for being Japanese during the war and they lost all their property and moved to eastern Oregon. He went on to complete his medical degree at OHSU and was on the cutting edge of vascular surgery. He has written an autobiography of his life: Toshi Inahara MD: A Nisei, Right Place and Right Time. Dr. Inahara currently resides in Bethany area.

Read More about Hillsboro’s Asian and Pacific Islander Month and opportunities to learn here at the City of Hillsboro website.

The Herald is deeply dedicated to our history, our collective story as a community, and our people.

Readers have sent in some other families of Hawaiian and Asian heritage they want to be remembered and they are as follows- send us your remembrances.  Hillsboroherald@gmail.com

Parade Route For Hillsboro 4th Of July Parade Is Here